Tesco shoppers across the UK will be able to pick up cans of craft cider, from one of England’s oldest producers for the first time, thanks to a new nationwide listing for Somerset-based Sheppy’s.

The family-owned business, which has been making Somerset cider for six generations, will see two new craft products appear on the shelves of 400 Tesco stores across the UK.

The 330ml cans are being stocked in two premium varieties, VAT 14 Classic Cider and VAT 07 Cloudy Cider. They are named after two 100-year old oak vats which have been used for generations to mature Sheppy’s craft ciders, at the family’s farm near Taunton.

Sheppy’s can trace its history of cider-making back more than 200 years and is today headed by current Master of Cider, David Sheppy. From apple to can, his hands are behind every drop of cider that bears the Sheppy's name - and every can or bottle bears his signature as his personal guarantee of quality and provenance. 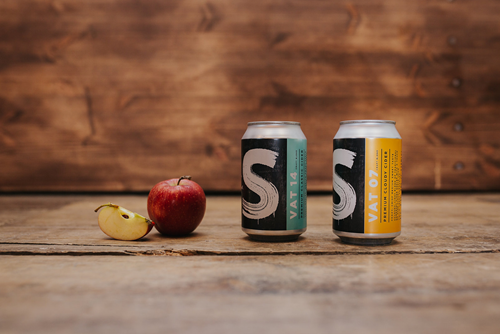 Sheppy’s has been making cider for centuries, but the new products mark two firsts for the business. It is the first time Sheppy’s has produced cider in a can, and the first time it has secured a UK-wide listing with the UK’s biggest supermarket.  The Sheppy’s cans will be joined on Tesco’s shelves by 500ml bottles of Sheppy’s award-winning Vintage Reserve Cider, a medium-dry cider with a light sparkle - and Original Cloudy Cider, a sweeter cider with a crisp, fruity flavour.

David Sheppy, Master of Cider said: “We’re delighted to have secured this listing with Tesco, it’s an exciting step for the brand. The launch of our contemporary cans came after a strategic rebrand last year, where we unveiled a new look bottle design as well. This cemented our premium positioning and reinforced the authenticity of the brand. Our cider stays true to our traditional, craft cider making roots and heritage." 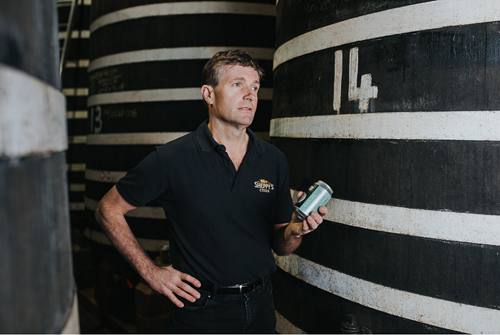 Whilst the UK-wide listing is a big step forward for the Somerset business, Sheppy’s has enjoyed a long and successful relationship with Tesco, with its products sold at the supermarket’s stores across the South West.

Tesco cider buyer Rosie Goodson said: “Today cider drinkers are becoming more sophisticated in their tastes and we are seeing increased demand for craft ciders. With that in mind, we wanted to expand our range in this area - and so it made perfect sense to work with a long-established craft producer like Sheppy’s, which already has a strong track record with us in the South West. With the provenance behind the Sheppy’s brand, we are hoping that the new cans will appeal to craft cider drinkers across the UK.”

Tesco has been working with Visit Somerset, the Official Destination Management Organisation for the county of Somerset, to promote the wealth of food and drink producers in the county.

Visit Somerset’s Chief Executive John Turner said: “We are delighted that Sheppy’s products will now find a UK-wide market. Somerset has a wealth of quality local produce, but the county is famous for its cider, so it seems fitting that these new product lines are helping to fly the flag for Somerset across the UK. We hope that Tesco shoppers will enjoy a taste of Somerset and it will spark their interest in visiting Somerset and finding out more about the food and drink made in the county.” 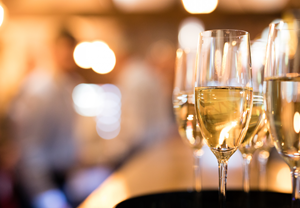 Join us for the House of Cider's First Birthday Celebrations

We’re celebrating an exciting first year at the Sheppy’s House of Cider! Come and raise a glass and say ‘cheers’ at our first birthday event... 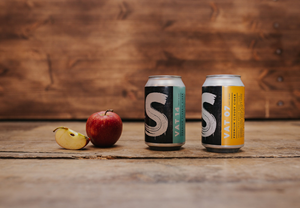 Our ‘Cider of the Month’ for April is a double whammy, featuring both our VAT 07 Cloudy Cider and VAT 14 Classic Cider. Read all about our newest ciders and why we have chosen them as the latest chapter in our 200 year cider-making story... 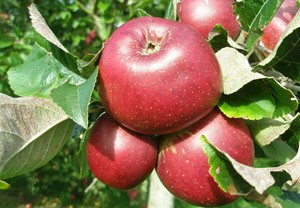 Our March ‘Cider of the Month’ is one of our prized single varieties – Kingston Black. Click to read all about this famous apple and what makes it such an important part of Somerset cider-making tradition...