We're over the moon to announce that our Sheppy's 200 Special Edition Cider has scooped another award, after winning ‘Cider of the Year’ at the Cider Awards 2018, hosted for the first time by popular cider restaurant group The Stable.

Plenty of truly amazing cidermakers from across the country entered the competition, and the entries were whittled down to a shortlist of eight by cider experts from Crafty Nectar, The Stable, The Cider Box, and the Ciderologist. The final eight went on sale for five months throughout The Stable’s seventeen locations, allowing customers to select the overall winner.

On the night of the awards, the cidermakers were invited to hold tastings and final votes were cast. Our 200 Special Edition was crowned the winner, with David Sheppy, Master of Cider, collecting the award.  He thanked all the cider fans, who took part in the voting, citing them as the reason why such a vibrant cider industry exists in the UK.

Sheppy’s 200 Special Edition was created in 2016 to commemorate two-hundred years and six generations of craft cider-making in the Sheppy family.  The 200 Special Edition is Sheppy’s biggest growing draught cider, with keg sales increasing by 86% year on year.

It's been quite a successful year for us so far, having also won 'Best Craft Cider Producers in South West England’ in the third annual LUX Life Food & Drink Awards; Highly Commended in the cider category of the Great British Food Awards 2018 for Sheppy's Reserve Vintage Cider; and collecting stars at the Great Taste Awards 2018 – two for the 200 Special Edition and one for the Original Cloudy.

Keep watching this space to see what we'll be doing to celebrate! 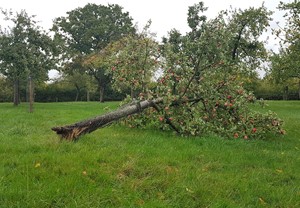 State of the Harvest – Storm Callum

State of the Harvest – Storm Callum

David Sheppy, the 6th generation Master of Cider at Sheppy’s Cider, has overseen nearly 30 harvests since he took over the helm at Sheppy’s Cider. This week we’ve seen the effects of Storm Callum, who has shaken a few trees here at the Sheppy’s orchards... 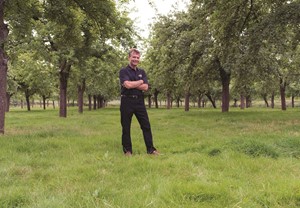 State of the Harvest: Early October 2018

State of the Harvest – Early October 2018