The latest revival of an ancient Somerset tradition has boosted St. Margaret’s Hospice as well as encouraging a good harvest of apples.

Sheppy’s Cider presented the local charity with £500 raised at this year’s wassail, bringing the total amount raised by the family business since 2003 to more than £13,500.

It comes after Master of Cider David Sheppy completed a Land’s End to John O’Groats cycle ride last year, raising around £4,000. St. Margaret’s Hospice has also benefited from collections and merchandise sales at SheppyFest and other events in recent years.

David said: “We have always been supporters of St. Margaret’s Hospice, especially since my mother was cared for at the Taunton hospice in 2007. She was there for about six weeks and the level of care for her and our whole family was wonderful. All the staff were lovely and everyone was so cheerful.”

Based at Bradford-on-Tone, near Taunton, Sheppy’s Cider employs around 50 people and produces 2.5 million litres of cider a year. Some 250 people attended the Wassail in January, where there was singing and dancing as well as the ancient ritual of wassailing the apple trees.

Louisa Sheppy said: “It’s nice to keep these traditions alive and our visitors have really embraced it.”

Kara Frampton, community fundraiser at St. Margaret’s Hospice, said: “We’re very grateful to Sheppy’s Cider for their ongoing support. The funds raised at this year’s wassail could pay for a whole 24 hours of care for a patient at our Taunton In-patient Unit.

“Local businesses play a vital part in helping us to raise the £9.5m we need each year to continue caring for people across Somerset facing a life-limiting illness. We’re always keen to hear from anyone who would like to find out more about how their business could make a real difference to their local community.”

For more information about how you could help St. Margaret’s Hospice to care for 3,800 people each year, call Kara on 01823 345911 or visit www.st-margarets-hospice.org.uk. 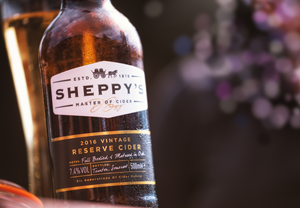 We are continuing to renovate our roads and the orchard (new) entrance will be CLOSED to cars from Monday 18th to Friday 22nd March. No cars will be admitted this way so can all visitors please use the House of Cider (old) entrance only.

Both car parks will be open as usual.

Thank you to everyone for your patience! 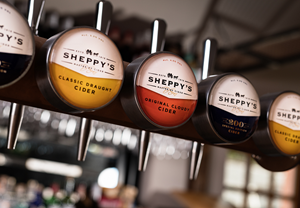 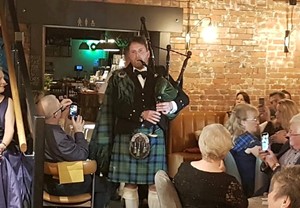 Thank you to everyone who joined us for our special Burns Night evening!