Laid up with a broken foot, I have been lucky enough to have received quite a few kind visitors recently and have greeted them as best I can from my bed and in line with the new rules.

Do you remember how odd it seemed at first not to be able to shake hands as you met someone?  Those outstretched hands snatched away in a moment of realisation, the laughs and the clumsy apologies for what would previously have been an unforgivable affront.  Maybe you’re not a “hand shaker”.  Somehow, I think we are becoming used to more socially distanced greetings and I wonder if the hand shake will ever make the return I think it deserves.  There is something solidly honest and meaningful about this gesture; business-like or kind, but without requiring the invasion of the other party’s personal space, and I like it.

No doubt, the way we greet people has always changed, but gradually, over time and certainly with regional or social variations.  I come from a country farming family which is not given to kisses at all and I don’t remember ever seeing anyone greet friends or family in this way early in my life.  As I became older and moved in different circles, I was very surprised and rather uncomfortable to find how many people greeted one another with a kiss (or two) on the cheek.  I would find myself socially compelled to greet people I felt I hardly knew in this way which seemed to be a strange adoption of what I had thought to be a French greeting.  It always seemed rather a lovely, romantic, but definitely foreign, way to be greeted or to greet a French person, but otherwise remained at times a social discomfort for me.  By the way, if you have ever seen a large group of French people greet each other, you will know how long it takes compared with our rather breezy verbal greeting to satisfy a group of any size instantly.  The extent to which the kiss has been adopted means that it is even used between parties to an established business relationship, which is a step too far for me.

Things move more slowly in the country and, no doubt, I was just way behind.  I remember being told about two elderly ladies living in a little Devon village.  They had grown up together and been to the same schools, but, presumably from when they married, they called one another Mrs North and Mrs Gadd and did so until their deaths at admirable ages.  How odd this seemed even 30 years ago, and when I contemplated it with friends, we questioned their fondness for one another.  We decided that how they addressed one another couldn’t be taken as a measure of their friendship; in fact, their very long lives and shared experiences bound them up in the warmest of relationships which was not measured or influenced by their charmingly quaint, old fashioned turn of phrase.

Just as I have grown more comfortable with the kiss, new rules have arrived to rescue me from any possible future discomfort.  And now we must navigate our way through new ways of greeting people; the elbow bump (which looks so awkward) or the very graceful hands clasped as if in prayer with a little dip of acknowledgement.  I used this once by way of a thank you to a Sri Lankan man who allowed us as passengers on a stricken coach to use his bathroom; I knew no other way, but he understood and he smiled warmth and kindness.  What would he have made of an elbow bump?

So as I look forward to a future with handshakes I must remember that it is not the gesture that matters, but the warmth with which a smile or whatever other greeting is bestowed, and that just a smile can give great comfort and a lift to someone who has missed the company of others.  After all, they cost nothing and can be given to anyone without the slightest chance of causing offence. 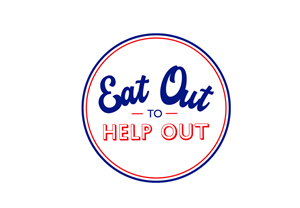 Eat out to help out

Eat Out To Help Out scheme 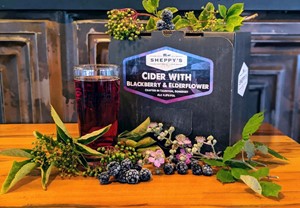 Cider of the Month - Blackberry & Elderflower

Cider of the Month - Blackberry & Elderflower 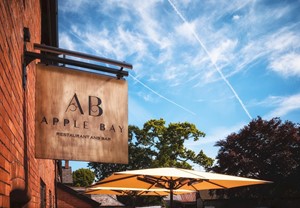 Our offerings from the 4th July

Our offerings from the 4th July